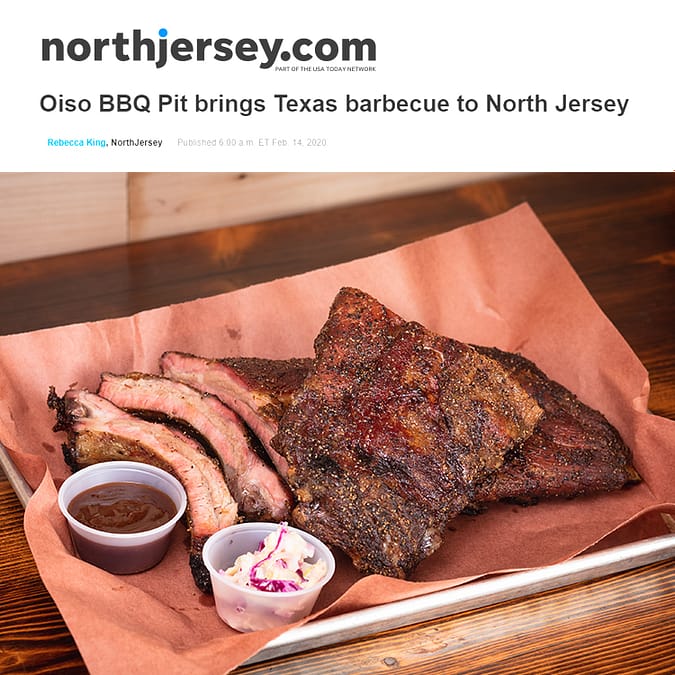 YAY!! WE ARE ON THE NORTHJERSEY.COM!

NORTHJERSEY THANKS FOR THE ARTICLE

IF YOU HAVE A COUPLE OF MINUTES TO SPARE, COME AND READ REBECCA’S ARTICLES

WE HOPE THIS ARTICLE IS AS ENJOYABLE TO READ FOR YOU AS IT WAS FOR US!

How did an architect wind up running a Texas barbecue joint in Fort Lee? “It just happened,” said Yusung Hwang of Leonia, owner of Oiso BBQ Pit, which recently opened along Main Street in Fort Lee.

In other words, he asked. Oiso BBQ is located in the former space of JD’s Steak Pit. The owner of the building hired Hwang to renovate the space and make it functional for a barbecue restaurant, with plans to find a chef and manager later.

“I said, ‘By the way, who’s going to run this restaurant? Do you want me to run the business, as well,’” said Hwang, who had dreams to run a restaurant since he worked as a waiter while going to college for architecture.

The building owner agreed. So Hwang did what any good architect does before taking on a project: research.

“I went to other smoked barbecue places and analyzed their system to see what works,” he said.

Oiso BBQ’s top-selling dish is its hickory-wood smoked brisket ($14). Hwang said he uses only salt and pepper for a rub and smokes the meat for 10 hours.

The restaurant is wrapped in rustic wood paneling. Warm lights that hang from the exposed, industrial ceiling look like upside-down jars.

Oiso has only been open for a few weeks, but Hwang reports positive feedback from his diners.

“All of the customers that have come in,” said Hwang, “have finished every bit of their food. There’s nothing left over.”

THE JOY OF OUTDOOR DINING